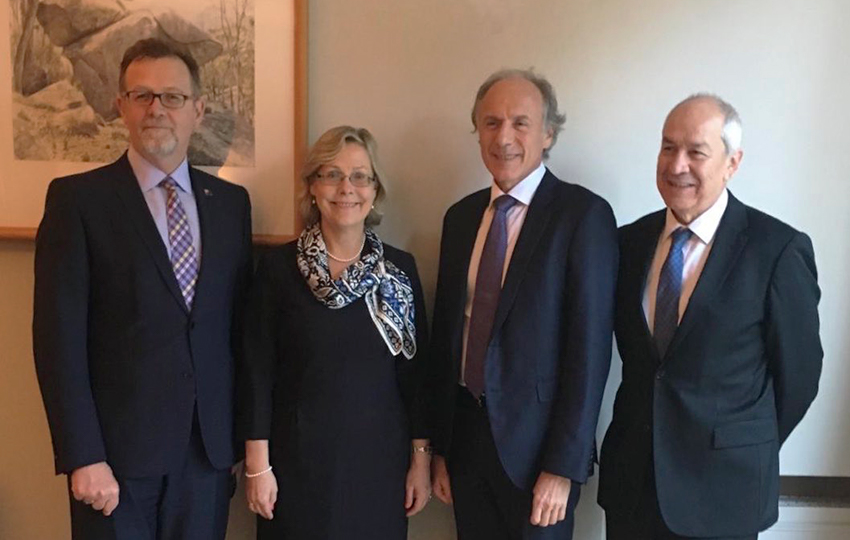 On February 13th, 2019, the European Commission’s Deputy Director-General for Research and Innovation, Signe Ratso and the Australian Ambassador H.E. Justin Brown, signed the papers and closed this very important deal in Brussels. Australia Chief Scientist Dr. Alan Finkel and the Director of the ERC Executive Agency Pablo Amor were present in this important day. This initiative aims at encouraging the top scientific minds in Australia that are being funded by the ARC to visit Europe for research purposes. For the amount of time they will remain and do research in Europe, they will have the opportunity to be part of the ERC funded teams.

Europe is making an effort to attract top researchers and to stimulate international cooperations and scientific exchange. With this being the thirteenth agreement of this kind, Europe is opening up, even more, to innovation and fresh talent from around the world. This has been, after all a principal of the ERC since its establishment in 2007. The previous agreement of this sort was signed in October 2018 between the ERC and the Australian National Health and Medical Research Council (NHMRC).

These initiatives will allow the ERC to offer more long-term grants to Europe, in order to support and promote scientific development as well as the talents behind the research. The scientists themselves. It is no surprise that to this day a number of 48 Australian scientists, stationed in Europe have received grants from the ERC to conduct their research within the European area.

The Impact of the Agreement

Opening up to new scientific research is always a big step for the European Union. Talent is needed and cooperation is very important. Europe has a lot to offer to the scientific community. There are many European scientists that are experts on their field and renowned around the globe. Through the ERC grants, Europe is giving that scientist the chance to get together, cooperate and take the next step towards finishing their research or evolving it.

The impact has been and will continue to be massive for the scientific world. These grants open a lot of doors towards scientific innovation and they help build strong foundations for the next generations of scientists. Lack of capital has always been a problem for researchers. By dealing with that, through ERC and other scientific grants, Europe aims at maximizing the positive impact of science for the society.

The impact started with the very first initiative of this sort, that was sighed in 2012 with the USA. More agreements followed with some of the most prestigious funding bodies in countries like South Korea, Argentina, Japan, South Africa, India and many more.

The European Research Council, led by the Scientific Council, an independent governing body, has been part of one of Europe’s most promising Financial Frameworks, Horizon 2020. For the years 2014-2020 ERC was able to allocate a budget of 13 billion euros dedicated to EU grants for researchers and scientists.

How will Brexit affect learners on ongoing Erasmus Plus mobility exchanges?