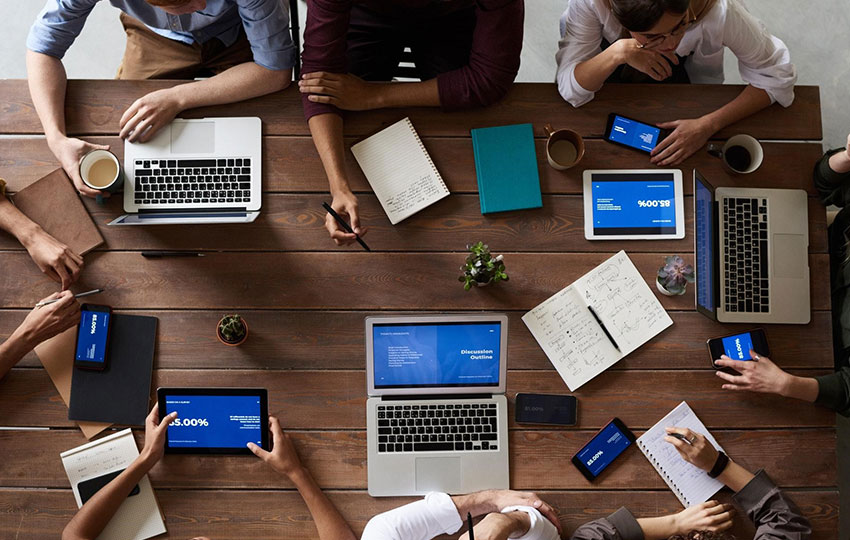 What Are Dependencies in Project Management

Human beings cannot survive in isolation. So is true about our projects and tasks, they hardly have any meaning in isolation.

All the tasks we do are linked to other tasks. They either affect other tasks or get affected by them.

In the world of project management, a project is made up of several tasks that if done properly and on time will lead to delivering the end product to the client right on time.

This article will help you understand what are project dependencies, their types and how they help in managing one or multiple projects better.

What are the project dependencies?

Project dependencies represent the relationship between tasks in terms of the order in which tasks will take place.

Task B will be considered dependent on Task A if the start or finish date of task A has to be met before beginning task B.

Let us understand this with the help of examples.

To conduct voting in a place, the polling booth set up has to be done before the voting process can start. Similarly, counting of votes can start only after polling has been finished.

To eat a well-made dish, you will do chopping first, then you will cook it and finally serve the preparation.

There is a predefined sequence that is to be followed to perform these tasks.

Dependencies for scheduling a project

Similarly, a project manager has to understand how various tasks of the project are dependent on each other and define the order in which tasks will take place.

In project management, there are four types of dependencies that affect the scheduling of the project.

In this, a particular task B (successor) can only start when task A (predecessor) has finished. In this case, task B generally has to use the output of task A in some way.

Start to finish dependency- In this scenario, the predecessor task B (bill customer) cannot finish unless the successor task A (deliver cake) has not started.

For example- let’s say you received a cake order and your duty is to make bills. Though the billing starts from the minute the order came, but you cannot bill it until the delivery has been initiated.

So ‘bill customer’ task can finish only after ‘deliver the cake’ task has started.

Start to start dependency- As per this dependency, the successor task can begin only when the predecessor task has initiated. After that, both tasks can go on parallelly.

Finish to finish dependency- As per this, the successor task cannot finish unless the predecessor task is finished. For example- cake decoration must finish before the cake delivery has finished.

What is the role of task dependencies in project management?

Gantt chart is a bar chart where your tasks are represented in the form of little rectangular boxes. This chart gives you a timeline view of all your tasks and you can set dependencies between tasks by dragging an arrow.

Now, when project managers understand which tasks are dependent on each other in which way, they can schedule better. They can allocate resources and deadlines accordingly.

Once the dependencies are set, project managers can then evaluate other important aspects of a project by viewing the critical path or critical chain of tasks.

What is a critical chain?

A critical chain focuses on resource management to facilitate planning and managing projects. The intention is to speed up the processes by improving the rate of due dates. First, a project schedule is made, high priority tasks are spotted and resources are allocated to them. Risks are avoided by maintaining a buffer time between tasks. The critical path is evolved based on the critical chain method.

What is the critical path?

The critical path is based on the task order. It represents the longest stretch of tasks that affect the deadline of a project directly.

When dependencies are set, the project manager gets a clear view of the order in which tasks should be performed.

Consequently, they can plan projects better by eliminating risk factors using the critical chain and critical path method. Resource and task management are executed to meet deadlines on time.

A Gantt chart software is where you can set clear dependencies between tasks and get a bird’s eye view of all your tasks in a timeline view.

Now when you understand what role dependencies play in scheduling and planning of a project, this is your time to incorporate this planning method into your system of work.

Author Bio: Vartika Kashyap is the CMO at ProofHub and has been one of the LinkedIn Top Voices in 2018. Her articles are inspired by office situations and work-related events. She likes to write about productivity, team building, work culture, leadership, entrepreneurship among others and contributing to a better workplace is what makes her click.

Innovators of the future: bridging the gender gap

Institute of Entrepreneurship Development and FasterCapital