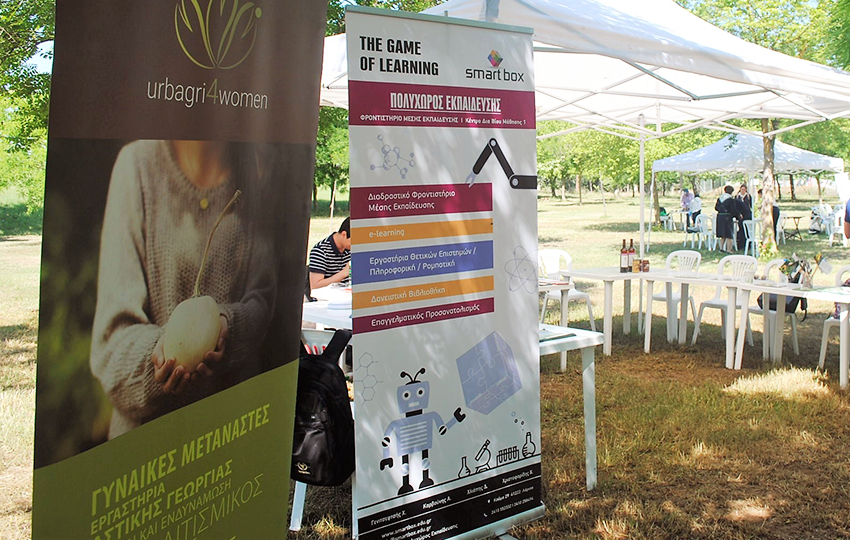 iED presented the project URBAGRI4WOMEN in the Green Fair of Larissa

The Green Fair of Larissa took place on May 12th and 13th 2018, organized by the Municipality of Larissa in cooperation with educational and local bodies as well as associations and agricultural producers and with the active participation of the Institute of Entrepreneurship Development.

During the fair, the Institute of Entrepreneurship Development had the opportunity to present to the visitors of the fair the project “URBAGRI4WOMEN – Innovative practices and urban initiatives in the field of agriculture to promote integration of migrant women into the host society” which is co-funded by the Asylum, Migration and Integration Fund of the European Union and is being implemented by IED along with partners from Italy, Austria, France, Cyprus, Portugal and the UK. IED representatives discussed with the visitors about the training material that has been developed by the partners in the framework of the project, the training labs that have taken place with migrant women and raised awareness about the results and outcomes of the project and their impact in the community of Larissa in order also to actively engage interested parties in future activities.

In general, the Green Fair of Larissa hosts local producers, initiatives and educational bodies as well as discussions, events and activities that promote agricultural development and growth and environmental sustainability, with simultaneous activities for children and teenagers that raise awareness regarding environmental issues and promote a healthier and eco-friendlier way of living.

Basic soft skills every startupper should have

The challenges of branding for services