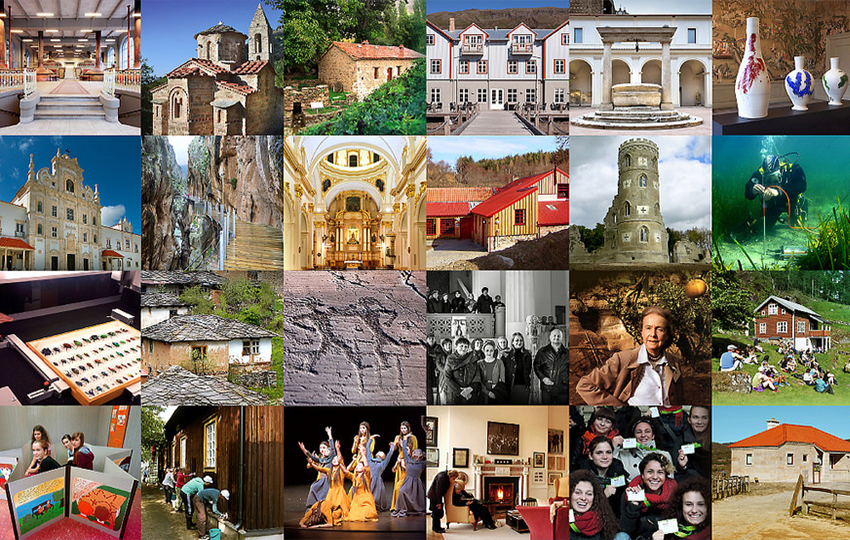 In a ceremony in the Zarzuela Theatre in Madrid, on 24 May, the EU Prize for Cultural Heritage / Europa Nostra Awards were presented to 28 winners from 16 countries taking part in the EU’s Creative Europe programme.

Tibor Navracsics, European Commissioner for Education, Culture, Youth and Sport and Maestro Plácido Domingo, President of Europa Nostra co-hosted the European Heritage Awards Ceremony and presented the 7 Grand Prix and the Public Choice Award, chosen from among the 28 winning projects of this year.

The ceremony was attended by 1,000 people including heritage professionals, volunteers and supporters from all over Europe as well as by high-level representatives from EU institutions, Spain and across Europe.

For 14 years now, with the EU Prize for Cultural Heritage / Europa Nostra Awards, we have been celebrating remarkable achievements in our unique tangible and intangible cultural heritage. The quality and diversity of this year’s projects highlight the dedication and the excellent skills of the winners and their teams.

Once again the winning projects reveal the positive impact that the heritage sector in Europe has on enhancing civic responsibility, social cohesion, sustainable  economic growth, regional and local development and also in inspiring creativity and innovation.

I am happy to propose to make 2018 the European Year of Cultural Heritage, which indicates the importance of heritage and provides an excellent opportunity to enhance awareness of our cultural heritage and its educational potential. I warmly congratulate all the winners, and especially the Grand Prix laureates and the Public Choice Award winner

The 7 Grand Prix laureates on Cultural Heritage in Europe , selected by independent expert juries for outstanding efforts in the protection of cultural heritage and entitled to receive €10,000 each, are:

Conservation study of the village Gostuša in Pirot district, Serbia

Innovation and impact: the deadly duo - Usefull instructions by evaluators for H2020 proposals