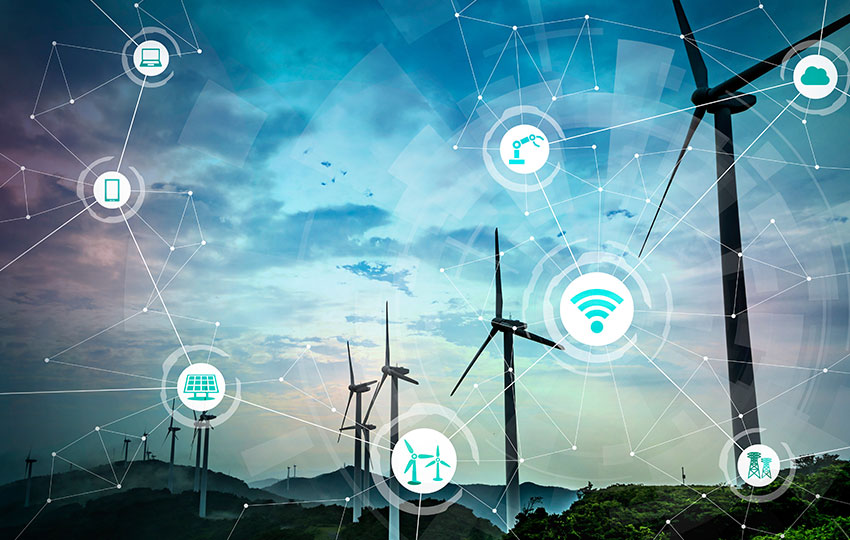 The smart grid as a concept is growing larger and larger every day. During this difficult time when saving energy is a number one priority, smart grids offer solutions that can be used by houses, companies, and industries alike.

What are smart energy grids?

One of the most common questions online is what is a smart grid and what are the benefits? To answer, we must first understand the normal type of energy grid. A grid is a circuit that transmits energy from the original energy source, the power plant, to households, offices,  and so on.

The normal grid has a lot of flaws. If for example, a tree falls and cuts some wire, a very large part of the grid is not all of it becomes useless. That has a negative impact, seeing as a large number of houses, offices and even industrial areas could lose power for long hours. These kinds of problems take very long to fix.

The smart grid, on the other hand, can eliminate those problems and this is one of the many advantages. There is not a way to stop an accident from happening. However, in case of power failure, around a location, the smart grid can identify the next best path and reroute the current thus sending energy to the plagued location from a different “entrance”.

Another great advantage of the smart grid is the reduction of energy consumption. Devices connected to smart grids can be ordered to operate on the minimum amount of energy needed to provide the right results.

Smart grids also help with reducing costs and monthly bills. Most people don’t know this but the price of electricity changes a lot of times during the day. During hours of mass consumption, the prices are higher and it changes fast.

As a result, people can reduce the cost and they can predict their bills more accurately.

With smart grids, we see a reduction of fraud and technical losses. According to the Spanish National Commission for Markets and Competitions, the electricity fraud costs 150 million euros which is the cost of energy consumption if Seville and Valencia combined.

Last but not least, smart grids can level the demand curve and increase competition. By increasing competitions we will be looking at lower prices, better services and so on. At the moment only a few massive corporations are controlling electricity as an energy source. As a result, they can increase the prices as they please. In some areas around the world, lack of competition also means low-quality services.

As a technological achievement, smart grids have been created to deal with past issues and develop a more sustainable future. They assist in the deployment of renewable energy systems which helps with the reduction of CO2 emissions.

For the European Union, it is a priority to enhance renewable energy support and promote actions focusing on the reduction of energy consumption and help build a more sustainalbe future. Through EU funded projects such as the IoE-EQ project,  interested stakeholders will get qualified to support the digital transformation of European companies exploiting the advantages offered by the IoE technology.

You can learn more about the project by visiting its official website.

What is the ECVET system and why is it important?

Sharing Economy Is Becoming Part of Our Lives,