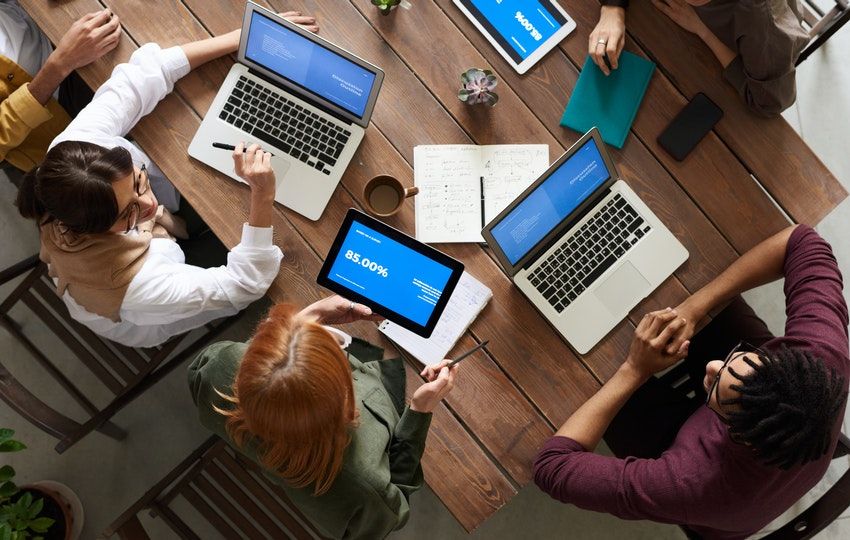 7 Most Successful Start-ups Created by Students

College or university is a great place to start thinking about the idea that will change not only your life but the whole world. Was Mark Zuckerberg, with college roommates and fellow Harvard University students, sure of the success of Facebook when they launched it in 2004? Could Evan Spiegel, Reggie Brown, and Bobby Murphy studying at Stanford imagine that their Snapchat will change the world of social media with the short photo series? The answer is easy; you will never know if you don’t try. The most talented and hard-working students achieve their goals and transform ideas into reality. It is about the entrepreneur qualities and desire to create something big. The leading companies’ creators run their business from zero, and in this article, I have gathered the most successful start-ups that students created.

Social media application that allowed users to send photos and images that disappeared from the site within a few seconds was founded by Stanford University students in 2011. Evan Spiegel, Reggie Brown, and Bobby Murphy came up with the idea, model, and code and launched the app that aroused interest in society. Around 70 million users signed up for the app, which brought billions of dollars to its founders. There were a lot of problems on the way to Snapchat to success, but in the end, the strong management and passionate users contributed to the great position for growth and moving forward.

The social news aggregation, web content, and discussion website was founded by University of Virginia roommates Steve Huffman and Alexis Ohanian, and Aaron Swartz in 2005. From the bulk of ideas, they have chosen the news platform where people will be able to communicate, and here we are. Its story started with the name “Reddit” which is a play on words for “Read it”. The user experience-oriented resource became really popular and progressive over the years of overcoming the technical and financial problems, changes of CEOs, a war for internet rights.

Joe Puccio was just a freshman in college when he came up with the initial program for his start-up, and it was transformed into an app for educational institutions. A college course scheduling app that makes the process of registration for classes much simpler for students who can do planning in the best possible way. That is a well-known fact about how busy students are, and it is better to use all feasible approaches to make education effortless. Therefore, it is important to remember that a help with courseworks is simple task for services that specialize in academic assignments. It is always a great idea to use online resources that can make the study process much easier. Today, Coursicle has become the professional software that supports a huge number of schools and colleges around the world.

The story of Facebook is another start-up created by students in 2004 when a group of college fellows created an innovative new social media platform for connecting Harvard students online. Everything started from the Mark app “Facemash” that became the basis for one of the biggest social media in history with 2,2 billion daily users. Facebook was growing extremely popular among the Harvard students and later became available to students at Stanford, Yale, and Columbia and globalized all over the world in 2006.

The shipping service that allowed to get the parcel at any time of the day as it functioned overnight was nonsense in the society of that time. It was founded by the Yale University student in 1971. Frederick Smith made a brilliant business model which brought him success, huge capital, and big-name among the world’s largest express shipping companies till the current times.

American multifunctional computer technology company was launched by Michael Dell in 1984. Being a student of the University of Texas at Austin, he did business as PC’s Limited and started the history of the biggest entrepreneur start-ups that students created in the world. The company grossed more than $73 million in its first year of operation and in the end became a publicly-traded company that develops, sells, repairs, and supports computers and other related products.

One of the most famous files hosting companies in the world, Dropbox, was founded in 2007. The MIT students Drew Houston and Arash Ferdowsi launched a start-up company with external initial funding from Y Combinator. It is deemed to be one of the most valuable start-ups in the US and proved its status by the quality of the product that is presented to the users. Drew Houston came up with the idea of file hostings when he accidentally forgot his USB flash drive before college classes. That is how the product for personal use became the app that put the files together in one central place by creating a special folder that a lot of people use every day.

That is not a new fact that many students from the top-ranked universities run their business and globalize their assets to promote the product on the international market. Such a fate was waiting for the most popular start-ups created by students. It is about Snapchat, Facebook, Reddit, FedEx, Dropbox, Dell, Napster, and many more that become the biggest corporations with billions of dollars capitals and the greatest minds of mankind at the helm. The desire and readiness to work hard, to keep learning all the time, and to accept the most difficult challenges for the sake of a great idea are what helped to achieve success and run the world-famous start-ups.

Author’s bio: Judy Nelson is a professional business consultant with a Master’s degree in Entrepreneurship. Having a huge experience in this field, she often writes articles for business journals and reviews. In her free time, Judy holds lectures in universities and colleges to share her knowledge with the students.

8 Examples of Computer and Machine Vision for Startups