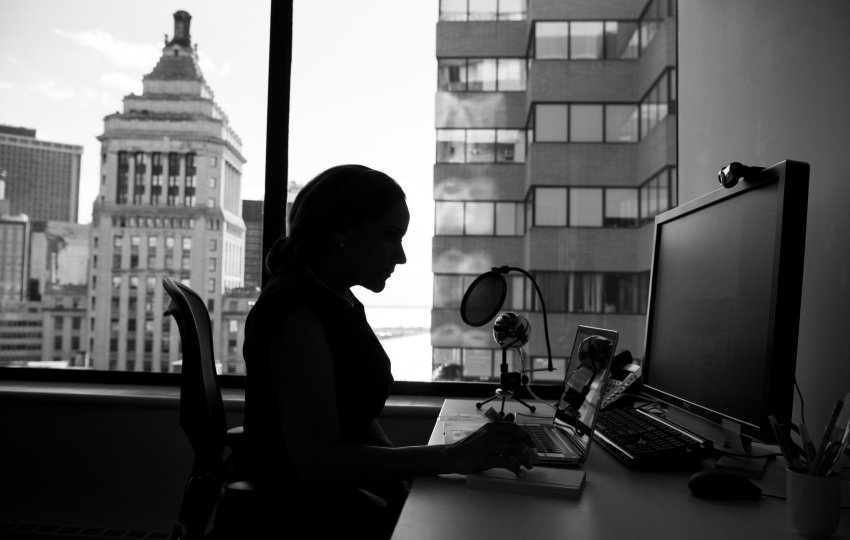 In our modern, fast-paced society, almost everyone has experienced workplace stress. Nowadays, burnout is a reality for many. However, it has only recently become clear that professional women experience far more work-related anxiety and stress than their male counterparts.

According to a study by UK health and safety consultancy Arinite, women are 1.5 times more likely to suffer stress in the workplace. This is true among women of all ages. But pressure peaks between the ages of 35-44, when many women juggle a wide range of family responsibilities. This is supported by a Cigna survey. They surveyed people from several different countries and found that women were more stressed than men across a wide range of markets.

Solving the issue of workplace anxiety and burnout is important for everyone’s wellbeing. It’s also in the interests of companies that their employees are happy and healthy. A burned out employee is not a productive one. But in order to tackle this problem, we need to find its root causes so that the solutions offered are not mere band aids. So why is it that women are feeling more pressure at work than men?

Why do women feel more stress at work?

There is a myriad of factors that contribute to higher stress levels. These include:

Despite the fact that women gaining responsibilities in the workplace is increasingly becoming the norm, this has not translated to greater equality in the home sphere. Across the world, women still take on the lion’s share of childcare, household chores, and other familial responsibilities. Whether they’re employed or not. For working women, this results in a much longer list of responsibilities to juggle than men, many of which are invisible to employers.

In addition to this, women are more likely to say yes to tasks, particularly those that do not lead to promotion. Growing up as girls, women have been socialized to be compliant and are more risk-averse than men. This leads to a strong aversion to saying “no”, which results in heavier workloads full of thankless tasks—a recipe for stress and burnout.

Sexism in the workplace

In order to have the mental and emotional strength to combat workplace stress, workers need a healthy and supportive work environment. Unfortunately, for many women, verbal abuse, sexual harassment, and hostile interactions are familiar workplace experiences. This is especially true for women who work in male-dominated occupations. Many of these women don’t receive adequate support from their employers, who allow the hostile behaviors of male coworkers to continue unchecked.

Workplace hostility does not have to be very explicit to contribute to stress and anxiety. Often, the sense of being unwelcome that many women feel at work comes from micro-aggressions and subtle exclusions during conversations with male coworkers. And women are not simply more sensitive than men. Research suggests that when men get subjected to the same kinds of gender-based exclusions, they experience just as much stress as women.

The gender pay gap is another example of workplace sexism that can increase the pressure that working women face. In the United States, women still only earn around 80% of the income of their male peers. A woman’s lower income level is strongly correlated with anxiety and depression. Not just because of financial worries, but also because of the awareness that this disparity is the result of gender discrimination.

Despite major progress in inclusivity, gender-based stereotypes still exist everywhere, from the workplace to personal relationships, and in familial settings. In addition to the issues described above, women may feel anxiety at work due to gender-based disparities that are a lot harder to detect.

One such example is stereotype threat, a phenomenon that affects a wide range of marginalized groups. For women, stereotype threat occurs when a woman is aware of a stereotype that says women perform poorly compared to men at a given task. Simply being aware of this stereotype can cause her to perform worse than she would have otherwise.

Success in the modern workplace is often characterized as hinging on being a skilled negotiator, a decisive leader, and a strong advocate—all stereotypically “male” skills. As one study revealed, when participants were told that women are not successful negotiators, they performed more poorly at a negotiation task.

Stereotype threat can lead to feelings of self-doubt, anxiety, and imposter syndrome. When women face this every day, it’s easy to see why they may feel more stress at work than men, who are generally seen to possess the skills needed for success.

How companies can tackle these issues

Many of the contributors to the stress women face at work are endemic to society. They certainly won’t get fixed overnight. However, companies can take steps to support their female employees and combat the contributors to their pressure. It should go without saying that salaries should get based on responsibilities and performance, and that employers should guard against a gender-based pay gap.

But what else can they do to minimize workplace stress for women?

One crucial step is allowing employees greater flexibility and control over their work schedules. Workplace policies that allow flex-time and working from home, where possible, will make it much easier for women to meet their various responsibilities. It also encourages a better work/life balance, allowing time for family, socializing or dating, sports, and other hobbies or interests. Attaining a good balance can boost productivity in the long run and reduce the chance of burnout, too.

Another important action on the part of employers is to create zero-tolerance policies when it comes to gender-based discrimination and harassment. Knowing that management will support them if they report such experiences will go a long way towards ensuring peace of mind for female employees. Offering stress management progress can also be very helpful for any workers struggling with burnout and work/life balance.

A final note to women

If you’re a woman struggling with work-related stress, know that you are not alone. Also, take note of some of the points made earlier in this article—men are less likely to offer to do tasks that do not lead to promotion, and usually do not have to deal with stereotype threats.

Implementing certain habits, such as saying “no” more often, and challenging the voice in your head that says you can’t do something, can go a long way to alleviate stress and anxiety.

Remember, you are not less able than your male coworkers. You simply have more responsibilities and face more challenges than they do.

A Foolproof Digital Marketing Strategy Process for your Business

The Completion of eLead project