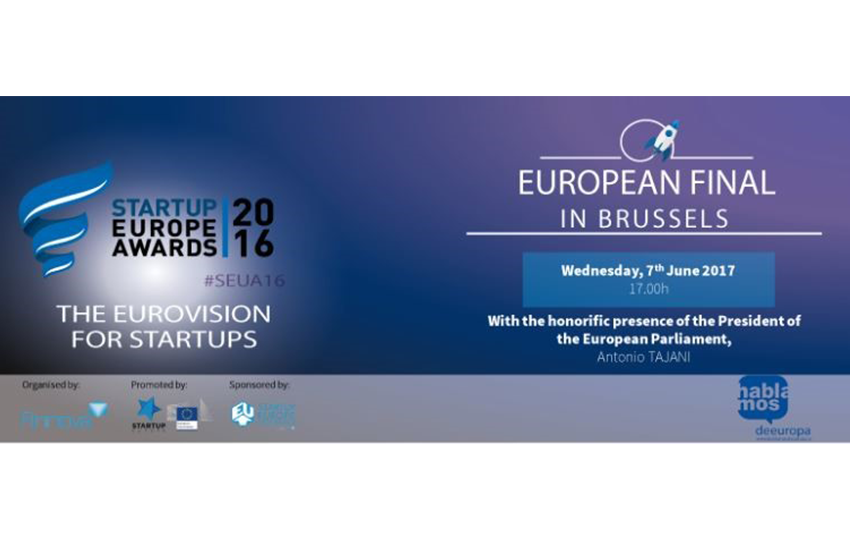 Institute of Entrepreneurship Development (iED) as the official organizer of StartUp Europe Awards initiative in Greece supports the 5 selected Greek startups which will participate in the Final ceremony at the European Parliament at 7th of June 2017.

The Awards initiative, promoted by the European Commission and implemented by Finnova Foundation, in collaboration with StartUp Europe, will recognise for the first time the best startups in Europe in 10 categories, in the so-called “Eurovision for startups”. This recognition will take place in Brussels next Wednesday, 7th of June, in a ceremony that will count on the honorific presence of the President of the European Parliament, Antonio Tajani.

The 5 Greek finalists startups that will compete for one of the European prizes by category are: Convert Art (Creative Category), Phee (Green), Nursify (Health), CityCrop (Smart Cities) and Hopwave (Tourism).

All the winners of StartUp Europe Awards will obtain great visibility all around Europe thanks to the Media Partner Alliance of StartUp Europe Awards formed by 21 media members. The startups will also have access to a programme of mentoring (in internationalization, European funds like SMEs Instrument of 50.000 € to 2,5 million € of non-refundable subsidy, international communication, etc.), through the Accelerator of Finnova Foundation, which will allow them to boost their projects and to make them more viable worldwide.