Among the many different ways to improve current life as we know it, funding for research, any type of research, is certainly one of the most effective ones. The amounts of money used every single year to conduct research, have certainly created a very strong basis for some of the world’s most important scientific project.

That does not mean, however, that, funding is only given to scientific research. There are a lot of important topics out there that are being covered by EU funding that can certainly bring a change to their respective field. The IFCHEESE project is one of them!

Under the framework of “IFCHEESE” project, in which the Institute of Entrepreneurship Development participates as a partner, was conducted a national report of cheese production in Thessaly region.

The young producers don’t have a professional approach to the commercial atmosphere. “IFCHEESE – Innovative Focus on Natural Mountain Herbal Flavored Cheese by Protecting Traditional Production Methods” project aims to focus on the problems of local business owners who produce cheese with traditional methods. Moreover, the project aims through research, study and recording/documenting the unique natural mountain herbal-flavored cheese preserving traditional techniques and create opportunities to provide income for young women so that the percentage of immigration could be reduced and traditional knowledge could be transferred to the next generation.

Public authorities do not know the problems and the conditions of the traditional dairy sector although there are a huge demand and the need for the products. Big dairy companies and establishments run at full commercial scale but smaller cheese producers cannot enter the dairy market. The local products are widely used for local consumption and only given to neighbors and local tourists.

The report is consisted of the following units:

The innovation of the report is that presents a step-by-step cheese production guide in which the local cheeses, as mentioned before, is combined with local herbs that are founded only in the Thessaly mountains.

Read all about the Greek cheese production here! 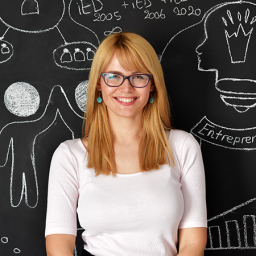 What is the financial capacity assessment for Horizon 2020?