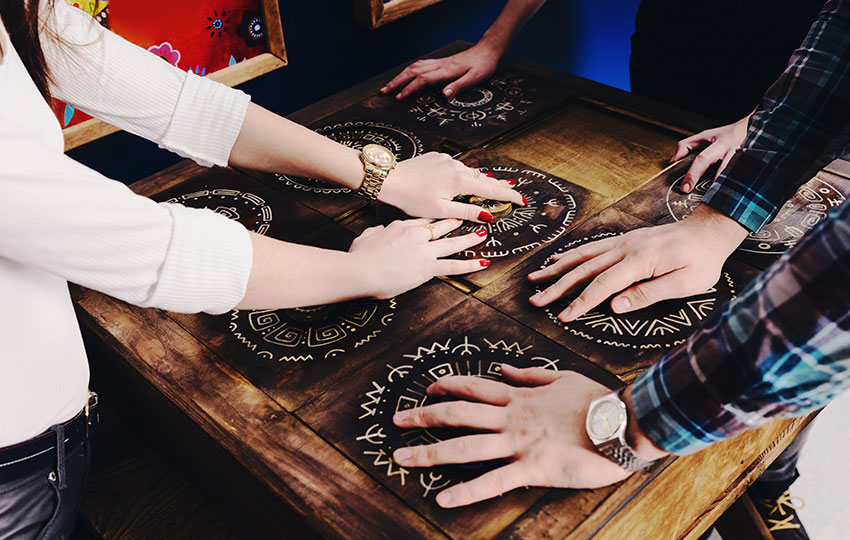 The Escape Rooms concept in Greece

Escape rooms are a great way to spend time with your friends, bond, have some fun, and interact in situations that you don’t usually have access to. They are not a brand new recreational way of spending time. In fact, in some countries, they have been around for more than ten years.

The case of Greece

In Greece, escape rooms were introduced more at the beginning of the 2010 decade but they did not become popular until the mid of the decade. Athens and Thessaloniki were the first cities to introduce them, acting as a beta test for the public.

We noticed a slow increase in interest in smaller cities. However, as an idea they appear to belong to larger cities. As a result, we soon noticed a small downfall. That was until the first escape rooms started using concepts as a way to promote collaboration between employees.

It is only rational to assume that when something that promotes collaboration such as an escape room gains popularity, its benefits will be used for more purposes. A lot of companies started using escape rooms as ways to promote collaboration between employees for the same in different departments.

In the beginning, those companies, usually bigger enterprises, acted as a case study and the results appear promising. A lot of smaller companies in the big cities started booking time in escape rooms as a way to help promote collaboration and enhance the spirit of their employees.

Over the past couple of years in Greece, escape rooms are being created for that specific purpose. To appeal to companies and help employees build the spirit of collaboration. And the idea is growing more and more appealing.

Now companies are creating in-house one-time escape rooms as an exercise for the employees. Statistics have shown that the spirit of collaboration is increasing in employees who are often paired together.

A lot of business owners in Greece consider the escape rooms to be a great way to increase the results of the work of their employees. Greece is still recovering from the financial crisis and at times like this collaboration seems to be a one-way street.

The European Union supports every form of innovation in business and the use of escape rooms is certainly one of them. Through EU funded projects like the ER-SE adresses problems such as youth unemployment, and the lack of the entrepreneurial spirit as well as the lack of collaboration between employees.

You can learn more about the project by visiting its official website. The project’s deliverables are free to use for every aspiring entrepreneur, business owner, and young person who is trying to build a career. Enhancing soft skills such as collaboration skill is important in today’s labor market.