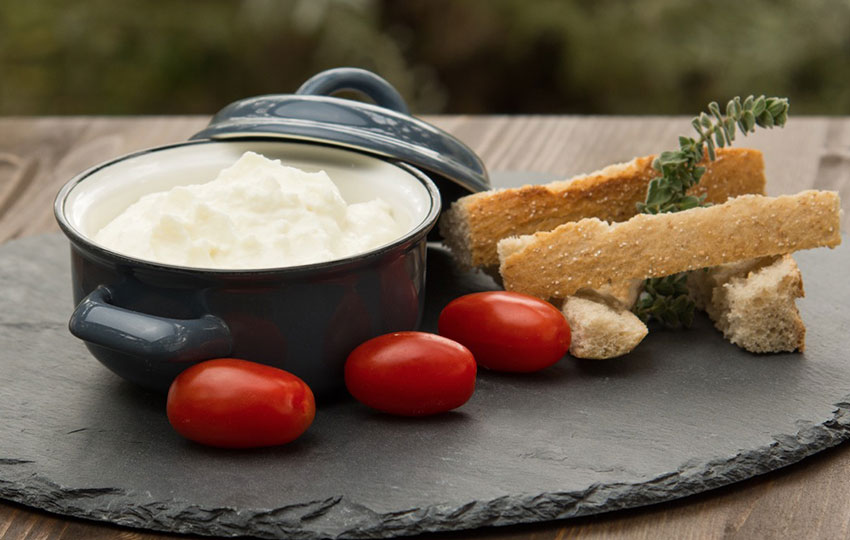 The Production of traditional cheeses. The Galotyri

Greece is a country that is well known for many different things. In the culinary sector, Greek cheeses are considered among the most famous cheeses in the world. Their production started hundreds of years ago. We can find information about script that dates more than 2000 years ago.

The cheese production is one of the main economic factors of the economy of many countries all around the world and for Greece, it is a particularly important factor. One of those cheeses, the galotyri is a very special blend that can only be found in Greece and some other Mediterranean countries. So here is some information on the production of the galotyri cheese!

Galotyri is a Greek PDO, spread acid-curd soft white cheese with a maximum permitted moisture content of 75% and minimum fat content in dry matter of 40%. Galotyri is considered as one of the oldest traditional cheeses in Greece and is popular in Epirus and Thessaly. The cheese has a pH value of ca. 4.0 and it is characterized by acid taste and a mild aroma.

It is produced from pasteurized ewes’ or goats’milk or their mixture at various proportions with the supplement of starter cultures and rennet. The raw milk is heated until it reaches the temperature of 85oC for 10 minutes. Afterward, the milk is cooled to 30oC degrees and starter culture and rennet are added. The mix is let incubate at 30oC and the curd is transferred into cloth bags. The curd is drained at 15oC for about 6 hours. After draining, the curd is taken out on a clean board, mixed well with dry salt (1.5%, w/w) and sealed tightly in containers which are then placed in a cold storage room (<4 _C) for up to two months for ripening (Katsiari, Kondyli, & Voutsinas, 2008).

The Ifcheese, EU project was able to create lists and booklets that can be used to learn about the production of local cheese in Greece as well as more European Countries. You can read all abou them in the project’s official website or visit IED’s page on the project to see all the actions taken for its implementation!

The Best Practices and the open challenges in rural coworking spaces though the Youth Reworking Rural project!