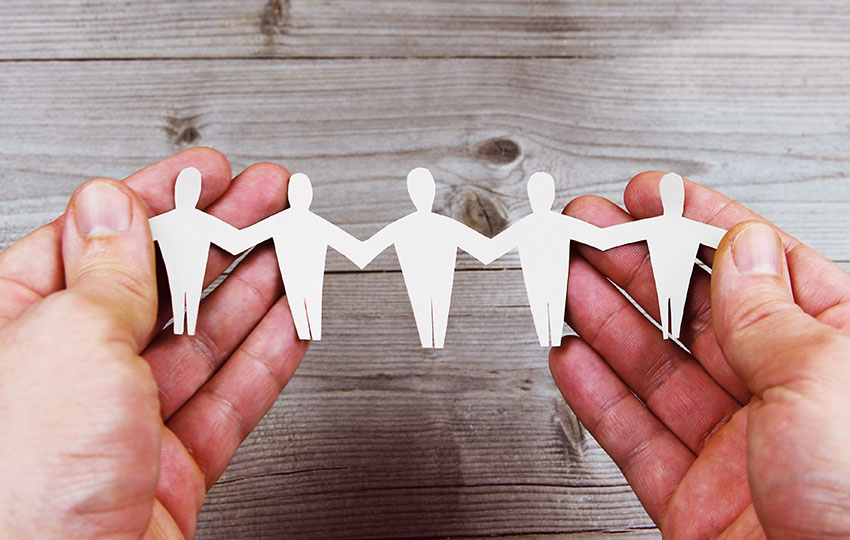 General scope of the training module

“Ethical and Solidarity Finance and Resources” is the third and last module of a training program that is focused on Social and Solidarity Economy in the current neoliberal change of economic model. It was referred to the financial resources that are used by the social associations under the principle of ethical financing.

Social and Solidarity Economy (SSE) is called also alternative, creative or collaborative economy and represents an innovative and currently immersing economic model, which opposes to the well-established traditional neoliberal economic one.  It includes a great variety of non-governmental organizations, associations and cooperatives that are not profit-oriented, but focused on serving specific social and environmental principles. The SSE model came as an answer to some of the most crucial problems that our society faces during the last decades.

The social enterprises, that operate in accordance to the above-referred values, should have two specific goals, the social and financial sustainability. When referring to social sustainability, it is meant that the social association should operate under the values of the SSE, serving properly its social purposes and aiming to leave a valuable heritage to the next generations, which shall be a better world to live in.

It is rather obvious that social associations under the SSE model need also financial resources, that will support their goals and promote their sustainability through time. It should also be taken into consideration that in many cases the costs for those enterprises might be higher than the typical costs of a private company due to the different production or operation methods that are used and the exclusion of the “externalization of the costs” process, that is applied to the neoliberal economy.  Some of the financial instruments that are used in SSE may be similar to those used in the traditional economic model, but there is a characteristic difference. The social enterprises choose the financial instruments that are in accordance to their values and principles, initiating the idea of ethical finance.

The resources that are used in the Ethical and Solidarity Finance can be separated to financial (reimbursable and non-reimbursable) and non-financial. Loans and credits are the characteristic example of reimbursable financial support. Although this practice may seem common for private companies, banks tend to be reluctant to offer financial support to a non-profit organization, as they are unwilling to bear the risk. To this point, it should be mentioned that over the last decade this situation seems to have changed. More importantly, in some EU countries there are banks that operate under the SSE model and have as their specific goal to support innovative projects that fulfill the environmental, democratic and solidarity criteria that the bank sets. During the program, we had the chance to have an inside look to the structure and management of such a bank, called “ETICA BANK”, which is located in Italy.

The human factor is of outmost importance. Therefore, the non-financial resources have an exceptional contribution to social enterprises and may take different forms, such as knowledge that is offered by experts and sometimes is easier to be found, voluntary work by common people that feel committed to a social cause and open resources (Wikipedia, other open-accessible internet platforms etc).

Two extremely innovative and rather efficient methods of non-financial resources for Ethical and Solidarity Finance that are used in local level are the adoption of a local exchange system with the issuance of a local currency and the creation of a Timebank. The first practice involves the issuance of a local currency that is used for the daily transactions within a specific region and should be reinvested within this region as well. Moreover, the Timebanks are also an innovative idea applied in local level. According to this practice, each person offers and registers in the Timebank the hours of work that he/she is in position to offer, considering its abilities.

In order to have a thorough understanding of how difficult is to run a social association, serving in parallel your social mission, we were given the chance to create and present our own social association. Separated in two teams, we created two different projects. The first one, called “On life- Reconnecting people” focused on raising awareness on the impact that excessive use of social media has on the mental health and the quality of the teenagers’ life. The second one confronted with the need to make education in Bulgaria accessible to all, taking into account that due to poverty, many kids in high school do not have the money to buy the required books. Both projects focused on the financial resources that shall be used and two conclusions were drawn. The financial instruments, that shall be used, should correspond to the ethical background of the idea and that there should be used more than two different resources. Mixing the resources guarantees, in a certain extent, the financial sustainability of the project.

The Module 3 offered to all participants a new perspective upon an innovative economic model and the chance to exchange valuable ideas, opinions and knowledge. Collaboration among people from different countries and cultures was the greatest example of how our society members can work together, in order to correspond to the needs and challenges of the 21st century, as citizens of the European Union and citizens of the world.