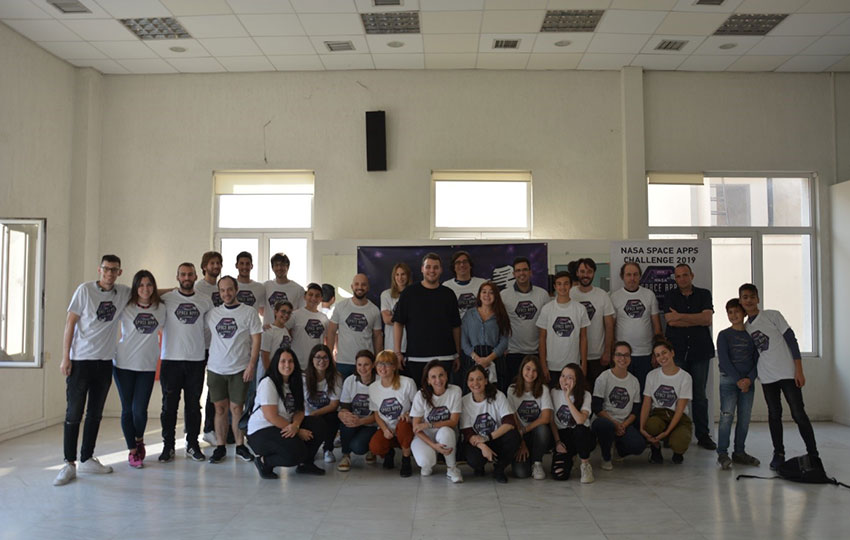 The Nasa Space App Challenge 2019 was, once again completed with utter success. The Challenge was organized for the fourth consecutive year in the City of Larissa, by the Biomimicry Greece Research and Innovation organization in collaboration with the Institute of Entrepreneurship Development.

Around the world, 29.000 citizens participated in the challenge from 80 different countries and 230 different cities. They all worked together to develop solutions to some of the world’s most important challenges, using NASA’s Open Data.

The judge committee , comprised of Mr. August Pantazidis, an astronaut candidate from AdvancingX, and Mr. Anastasios Vassiliadis, President of the Institute of Entrepreneurship Development, identified the three winning teams of this years Challenge. It is worth noting that the groups themselves participated in the vote. Below you can see the results:

HYDRIT is an irrigation management system designed to optimally store and distribute water in agriculture. With the use of algorithms, it collects and interprets real-time data and uses it for future crop optimization tips while minimizing water wastage.

With the motto “No More Traffic Accidents“, the team, using the development of innovative Artificial Intelligence techniques has proposed a solution that can help humanity prevent certain environmental hazards and traffic accidents.

Taking inspiration from the solar system, the team suggests designing “solar balls” to be used by satellites

Design of a wireless airplane

The team created a video about the man’s attempt to explore the moon.

The team has proposed a solution for developing a technology that will send data on the composition of ocean waters, over the Internet while informing specialists of any problems that may arise.

The team has proposed a solution regarding Global Warming

The idea is to create Trans-Neptunian Airlines a network of planetary and satellite stations with a space shuttle fleet connecting the Earth with planets and natural satellites that reach the Trans-Neptunian sites in infinity.

The conference and the competition for the NASA Space Apps Challenge were held under the auspices and support of the Deputy Mayor of Culture and Sciences of the Municipality of Larissa, the Region of Thessaly, the Association of Thessaly Enterprises and Industries and the French Institute of Larissa – French Embassy in Greece. The venue was reimbursed by the dean of the School of Health Sciences of the University of Thessaly.

The first two teams to win are claiming the world prize, which is a trip to NASA’s space station. Finally, IED. offered the members of the first group the opportunity to travel to Europe for free in order to train and develop their business idea.