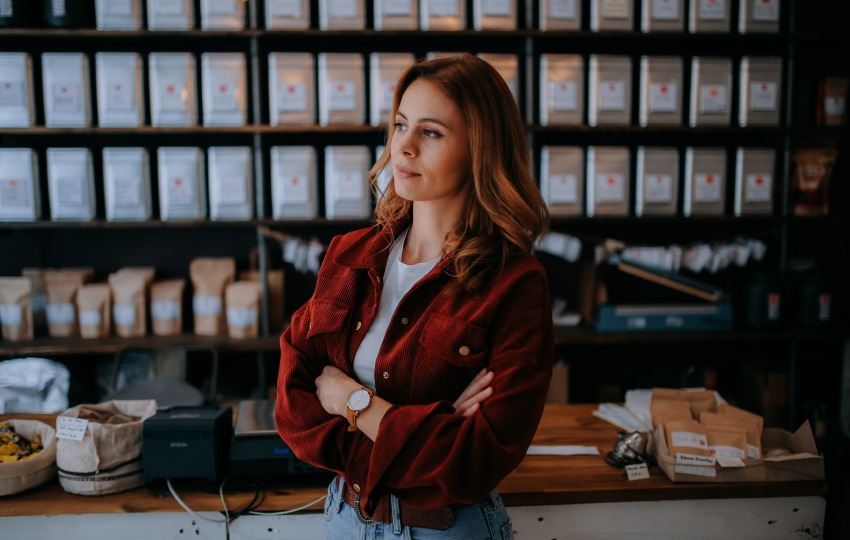 Do you Have What it Takes to Become an Entrepreneur?

Becoming successful requires hard work, a clear-headed vision, and a willingness to have faith in that vision. This new beginning can be quite a journey, and you’ll find it often filled with ups and downs.

One common misconception is that business owners are greedy and don’t care about anyone but themselves. However, nothing is further from the truth. If you are going to be successful at becoming an entrepreneur, you have to make sacrifices for the good of your business.

I’ve run a small business for slightly shy of over five years now, and it’s been an enriching journey. Hopefully, this article will help you decide if heading off on your own is the right thing for you.

What is an entrepreneur

Entrepreneurs mostly see a need in the marketplace and fill it. It could be with a product, service, or some kind of innovation. It’s not just about starting a business or creating a product to sell; the idea is to create value in some way.

Interestingly, the term comes from the French word for “adventurer” and often describes small business owners. However, it also applies to inventors, innovators, artists, and other creative professionals or non-business owners.

What it takes to become an entrepreneur

Entrepreneurship requires a bold, far-sighted mind that’s prepared to take risks and make sacrifices. If you think you can take an idea and transform it into a successful business, here are some things to keep in mind:

Be passionate about what you want to do

New entrepreneurs often have a hard time finding the right fit, even if they know what they want to do. If you’re considering starting a business, it’s crucial to ask yourself how passionate you are about what you plan to do.

On the commercial front, a lack of passion can translate into disaster. If you’re not passionate about what you’re doing, then it will show. Customers will see through your facade and won’t want to do business with you because they can tell that you’re not fully committed to what you’re doing.

Yet if you are genuinely passionate, that can just as quickly show in your customer communications.

The discipline it takes to be an entrepreneur comes from being passionate about what you do. Lack of passion often materializes in the form of indiscipline. To become successful, you must have discipline in whatever business area you decide to get into.

Prepare for ambiguity and uncertainty

Don’t misunderstand this to be a dissuasion, though. You can be better prepared to handle contingencies by addressing the potential risks involved. Some points to address can include –

What would it mean for your career? Some entrepreneurs quit their jobs and go off on an entirely different tangent. While this isn’t uncommon, it does present increased risk should the endeavor fail. Absence from your core business line can make it challenging to return, should that become necessary.

What other options do you have available? Often known as the “Plan B,” it’s advisable to have something to fall back upon. Some entrepreneurs have scoffed at the “Plan B” move as they feel it’s an acceptance of potential failure. You need to understand that the potential is real and can have devastating consequences for the unprepared.

Could you bounce back financially? Embarking on your business often means a significant outlay of capital or, at the least, a temporary reduction in income. If the venture should prove less than successful, you need a financial safety net to restart yourself in some other area.

Long hours are the norm, not the exception

Entrepreneurs are often portrayed as larger-than-life figures who are so passionate about their products that they somehow change the world. That’s a romanticized version of what it means to run a business. In reality, being an entrepreneur is mostly about being willing to do the necessary work – and more.

If you don’t have the energy, persistence, and hard work that it takes to become an entrepreneur, then I’m afraid starting your own business could turn out to be quite disappointing and frustrating.

To be successful, you’ll need to have the energy and tenacity to work late into the night, handling clients with your Bluetooth headset even on the go. You’ll need to be prepared to do that, potentially for years, until your idea becomes a reality.

Rome wasn’t built in a day, and neither will your new business. To succeed, you’ll need to give up on other things, like leisure activities or even your job. Early on, you may not have enough money for luxuries like eating out or going on vacation. And it could take several years before your business becomes successful.

It can be easy to throw in the towel if things don’t go as planned. But motivation is critical when times get tough, and there are setbacks along the way, especially when it feels like everything’s going wrong.

I would not be in business today if I were not willing to make sacrifices. And sacrifice I did, cutting expenses to the bone, doing everything on my own, and living on scraps for two years. That’s the time it took to get things running stably for me.

Learn from your mistakes

Some people are naturally talented entrepreneurs, but it’s not a prerequisite for success. Both Thomas Edison and Henry Ford were fired from their first jobs, but they didn’t let that stop them from becoming two of the most influential entrepreneurs in history.

To be an entrepreneur, you have to love learning. Running a company can be challenging — especially when you’re just starting out. You’ll face unexpected problems every day, and you won’t always know the best way to solve them.

The capacity to learn quickly will help you make better decisions when things don’t go as planned. You won’t always have the answers, and there will be times when you’ll need to take a step back and rethink an approach that isn’t getting results.

Be professional in all that you do

I once had a client who had big dreams, but he was terrible at following through on promises. That included payments, as he was so busy pursuing his dreams that he couldn’t focus on paying back his loans to investors.

This guy had a huge ego and believed that everything he did was important and small things like returning phone calls were an insult to this time. When I asked him if he wanted to continue doing business with me, he said yes – then proceeded not to pay me for months.

Becoming an entrepreneur is not for the faint of heart. While I’m a huge advocate for anyone who has a dream and is willing to put in the hard work to bring that dream to life, I also like to be realistic about the requirements for entrepreneurship and what it takes to run a business.

Entrepreneurship isn’t for everyone. It’s an emotional and physical drain as you pour your heart and soul into your business. For so many people, though, that’s what attracts them to entrepreneurship – being able to say it’s their creation and theirs alone.

I’m Jason and I’ve spent over seven years as an Outreach Manager. I love building relationships with new people — both online and offline — and that’s helped me form a strong network of companies, website owners, freelancers, and entrepreneurs. Let’s connect.

Why Your Business Needs a Website in 2022 11 November, 2022
10 SEO Tips & Tricks for Content Writing to Rank Higher in the SERPs 10 November, 2022
7 Effective Ways to Improve Communication Skills for Business Owners 12 October, 2022
6 Tips to do Effective Branding For Your Healthcare Business 8 July, 2022